Our program for breeding is unique in which we specialize in Cytology to track estrus in the bitch.  This gives you the opportunity to track cell stages on a day to day basis, ensuring insemination during peek ovulation.  Additionally, this reduces the need to run back and forth to your veterinarian to perform progesterone testing (which also helps your bank account!).

For information regarding breeding, please download our STUD CONTRACT found under the  Service Page, contact us today regarding pricing for breeding services.

Stages of the canine estrous cycle can be defined by sexual behavior, physical signs (vulvar swelling, vaginal bleeding) or by vaginal cytology. The period of receptivity to a male varies considerably among bitches; some bitches are receptive well before and after the period of potential fertility. Similarly, signs such as "proestrus bleeding" are often unreliable indicators; some bitches bleed very little and other show bleeding through estrus and into diestrus.

Since cytologic changes reflect the underlying endocrine events of the cycle, they are almost always a better predictor of the "fertile time" and gestation length than are behavioral or physical signs.

Cytologic changes through the canine estrous cycle reflect changes in blood concentrations of estrogen. As depicted below, and described in more detail in the section on Canine Reproduction, estrogen levels rise prior to and during proestrus and fall in conjunction with the preovulatory surge of luteinizing hormone. Rising levels of estrogen induce the "cornification" that is characteristic of smears examined during estrus. Ovulation occurs two days after the LH surge.

The sections below describe the cytologic picture typical of different stages of the canine estrous cycle. Examination of a single smear can sometimes provide useful information, but can also be quite misleading. For example, it is often difficult to differentiate proestrus and diestrus from an isolated smear. It is therefore highly recommended that multiple smears be evaluated. 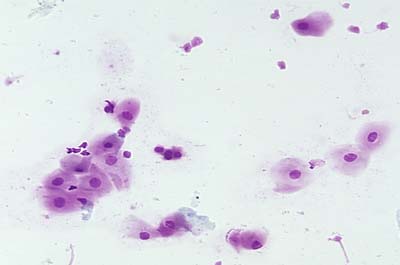 Intermediate and parabasal cells predominate in smears taken during anestrus. Superficial cells are absent or found in very small numbers. Neutrophils may also be present or absent. 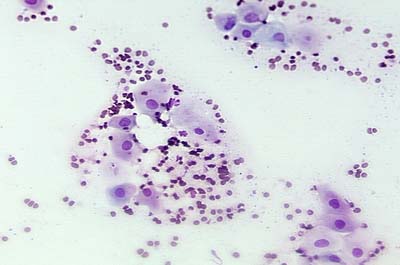 Serum concentrations of estrogen rise during proestrus, leading to capillary breakage and leakage of red blood cells through uterine epithelium, as well as proliferation of the vaginal epithelium.

Examination of vaginal smears from early to late proestrus will reveal a gradual shift from intermediate and parabasal cells to superficial cells. Typically, red blood cells are present in large numbers and neutrophils are commonly observed. Large numbers of bacteria are also often present.

In some bitches, proestrus can persist for two to three weeks. In such cases, prolonged lack of receptivity may suggest the need to artificially inseminate or force-breed the animal. Examining vaginal smears in such cases will alleviate such concerns - certainly, if more than a very small percentage of cells are parabasals and small intermediates, breeding is a waste of time. 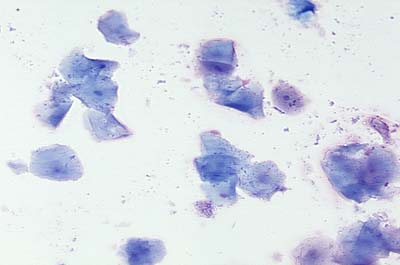 The defining characteristic of cytologic estrus is the predominance of superficial cells. Most, but not all, bitches will undergo full cornification, and the smear will reveal a monotonous pattern composed almost exclusively of anucleate superficial cells.

If the bitch has been bred within a day of preparing a vaginal smear, it is quite likely that sperm will be observed among the epithelial cells. Indeed, careful examination for sperm in a smear taken within a few hours of an alleged breeding is a fairly reliable means of confirming or denying such an incident. 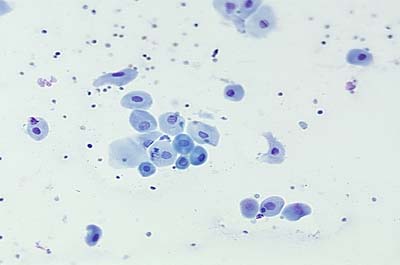 The significance of identifying the onset of diestrus is that it is a considerably more accurate predictor of the time of ovulation, and hence gestation length, than sexual behavior.

How to Prepare A Smear
Breeding Items To Purchase

The following items are ones in which we use in our breeding program, and recommend to others.  Please follow the proper links to be directed to the supplier pages. 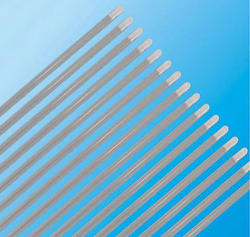 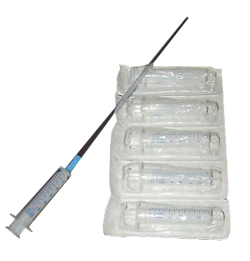 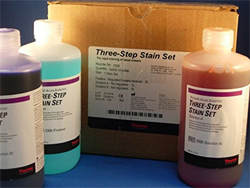