In 2020 I had the opportunity to rescue an English Bulldog that desperately needed soft palate surgery.  The owner had called me asking for help.  I drove to PA to picked him up and took him to Dr. Ross at Colonial Animal Hospital in Ithaca.  I felt if anyone could help him, it would be Dr. Ross.

This is a video of Toby the day I brought him home.  He was just one year old and had been treated his entire life for chronic Pneumonia.   He had a raspy cough.  His soft palate was elongated down into his larynx causing constant irritation and saliva that would get trapped in his throat and lungs .

Without immediate medical attention his time on earth was extremely limited.  His immune system was challenged from constant antibiotics.

Toby was seen by Dr. Ross a number of times before he could do any surgery.  The first step was treating the chronic pneumonia.

Dr. Ross kept Toby for a few nights on IV fluids with antibiotics.  He then came home and was treated orally with antibiotics for six weeks.  Every two weeks I would drive him to Ithaca for updates on his progress.  Finally after eight weeks the xrays showed his lungs were clear, he was running and playing and breathing well.  So I left him with Dr Ross and the next day I received the call that the surgery went well.  Toby was one of the worst cases he had seen in his career.

Today Toby lives on a farm with plenty of room to play.  Its been a year since his surgery and so far he's not had any complications.  He continues to live a comfortable life with his loving family and to date, no reoccurring pneumonia. 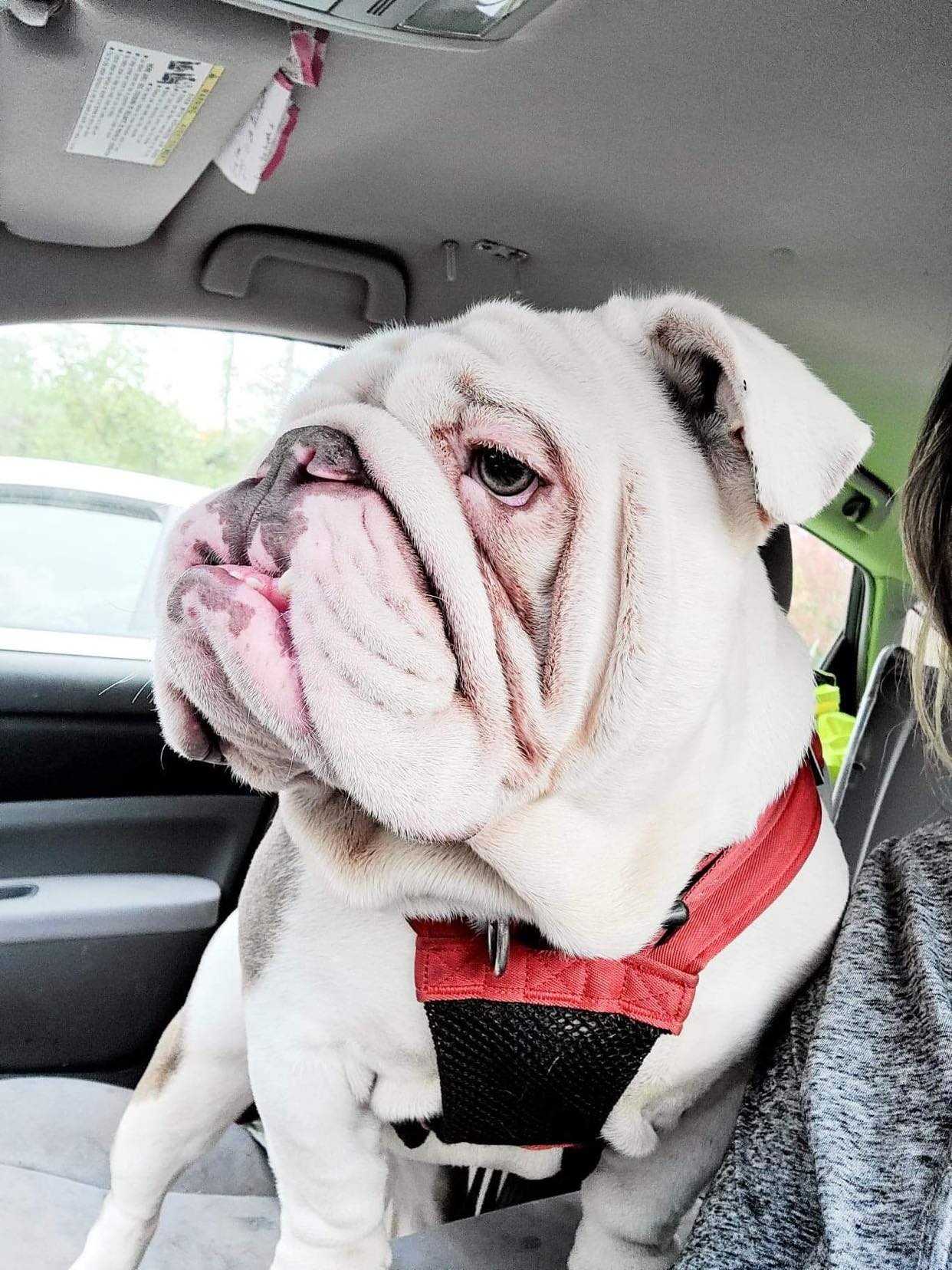 On April 5, 2012 I received a call from a friend whos pups were born 7 days premature.  They had no hair and facial features not quite developed.  However they were alive and they had a fight in them.

It was a long process.  They were unable to digest formula.  It would come back up as soon as they were tube fed.  Liver water stayed down.  Kyro syrup mixed with water helped give them energy.  They were tube fed every 1.5 hours for the first week.  The vet gave a shot for lung development and antibiotics.  That with Subq fluids, plasma and oxygen I was able to keep them alive.

After a few days they started keeping down formula.  Slowly they were able to be fed more at one time and I went form 1.5 hours to 2 and eventually every 3 hours between tube feeding.  These puppies were tube fed until they were four weeks old.

At five weeks they started eating gruel and drinking water out of a shallow dish.  They litter trained themselves at 6 weeks.

We started out with six puppies.  I lost one the second day and another at 4 weeks.  Its stomach was distended, retaining fluid it peacefully faded.

I ended up with four strong puppies.   I label this experience as most humbling.  It was a learning process that I am very grateful to have been given the opportunity.  These babies pushed me to my limits.

The day they were born

Four weeks old in the same tote (for picture only) 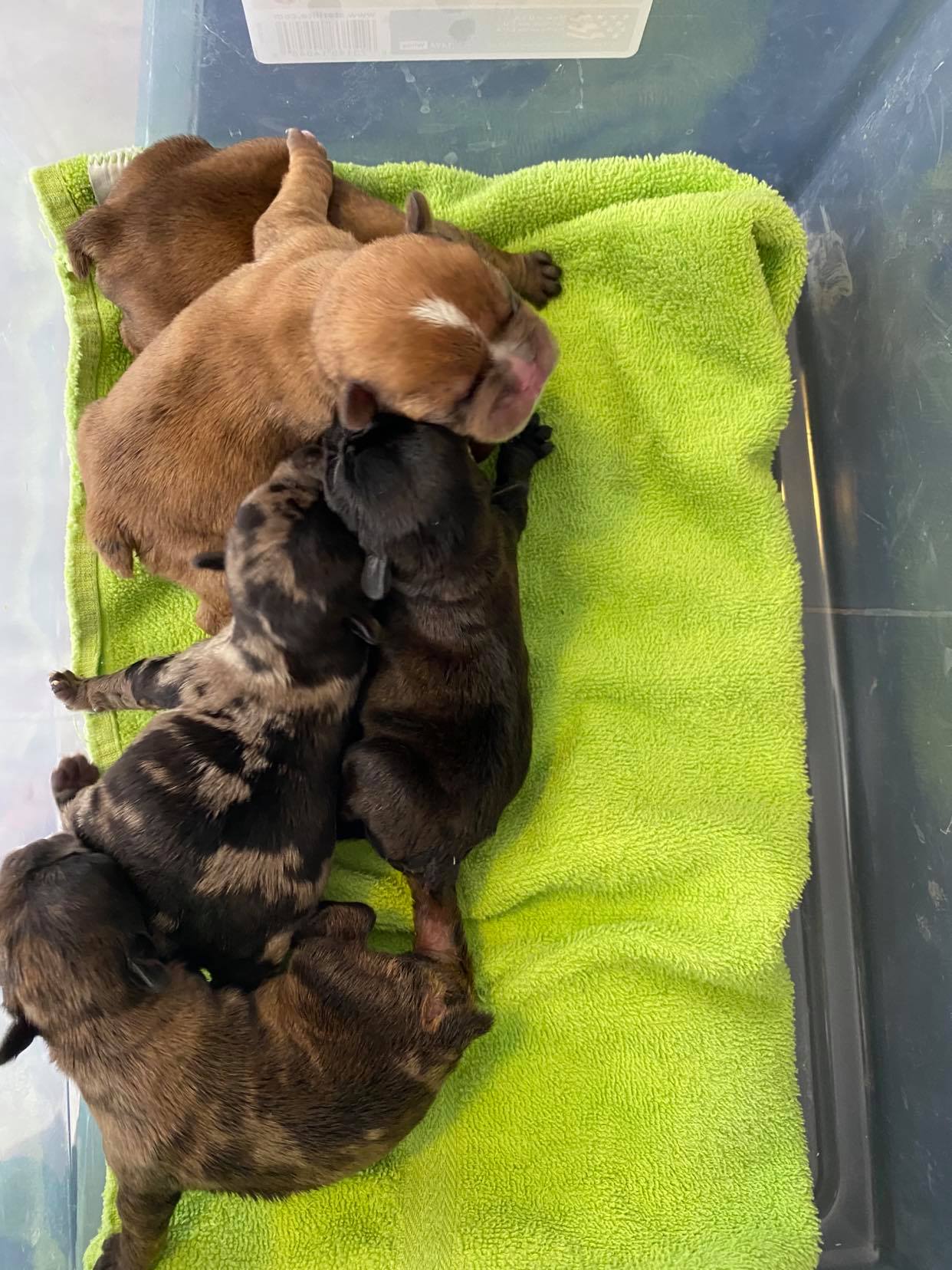 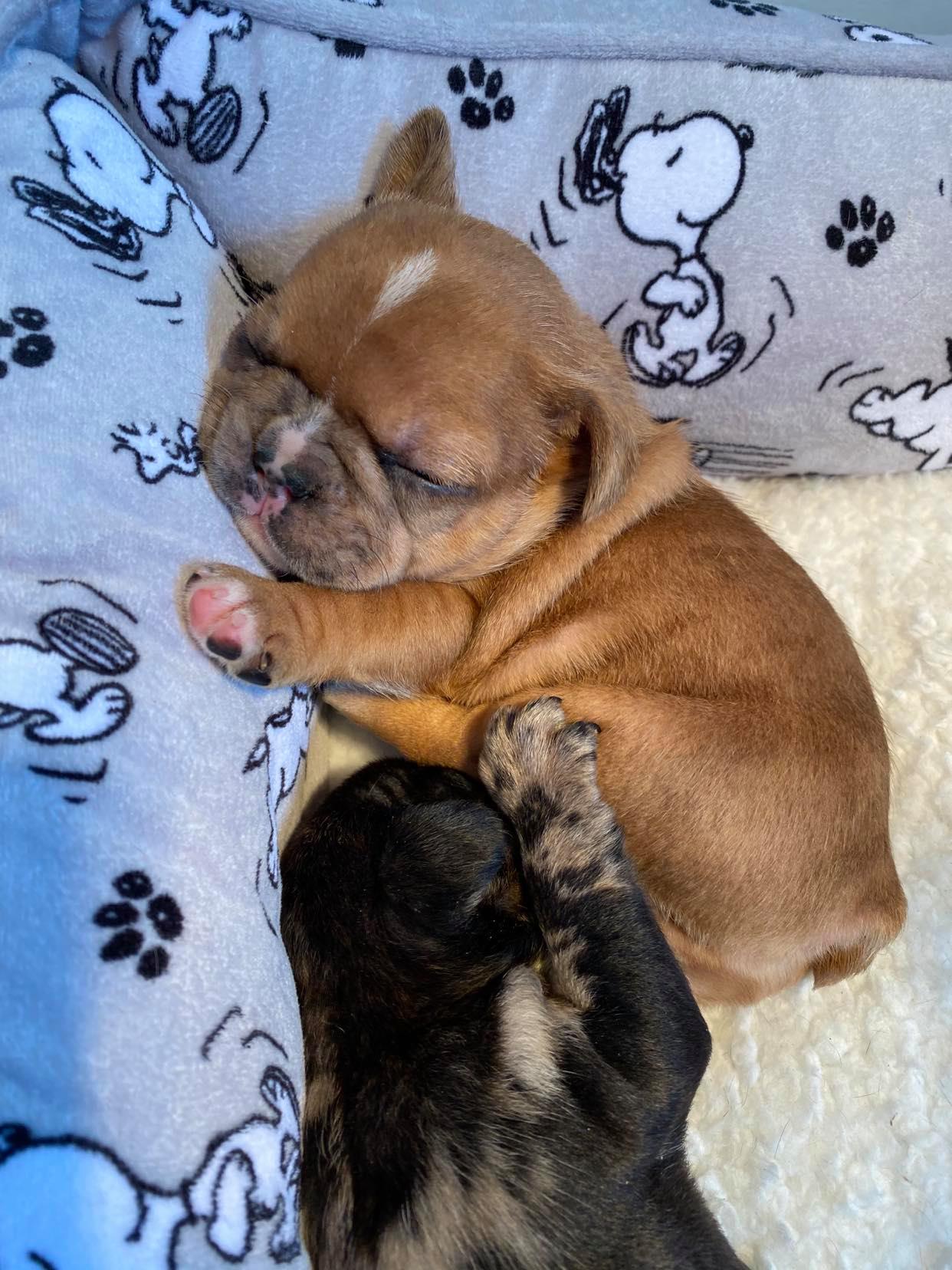 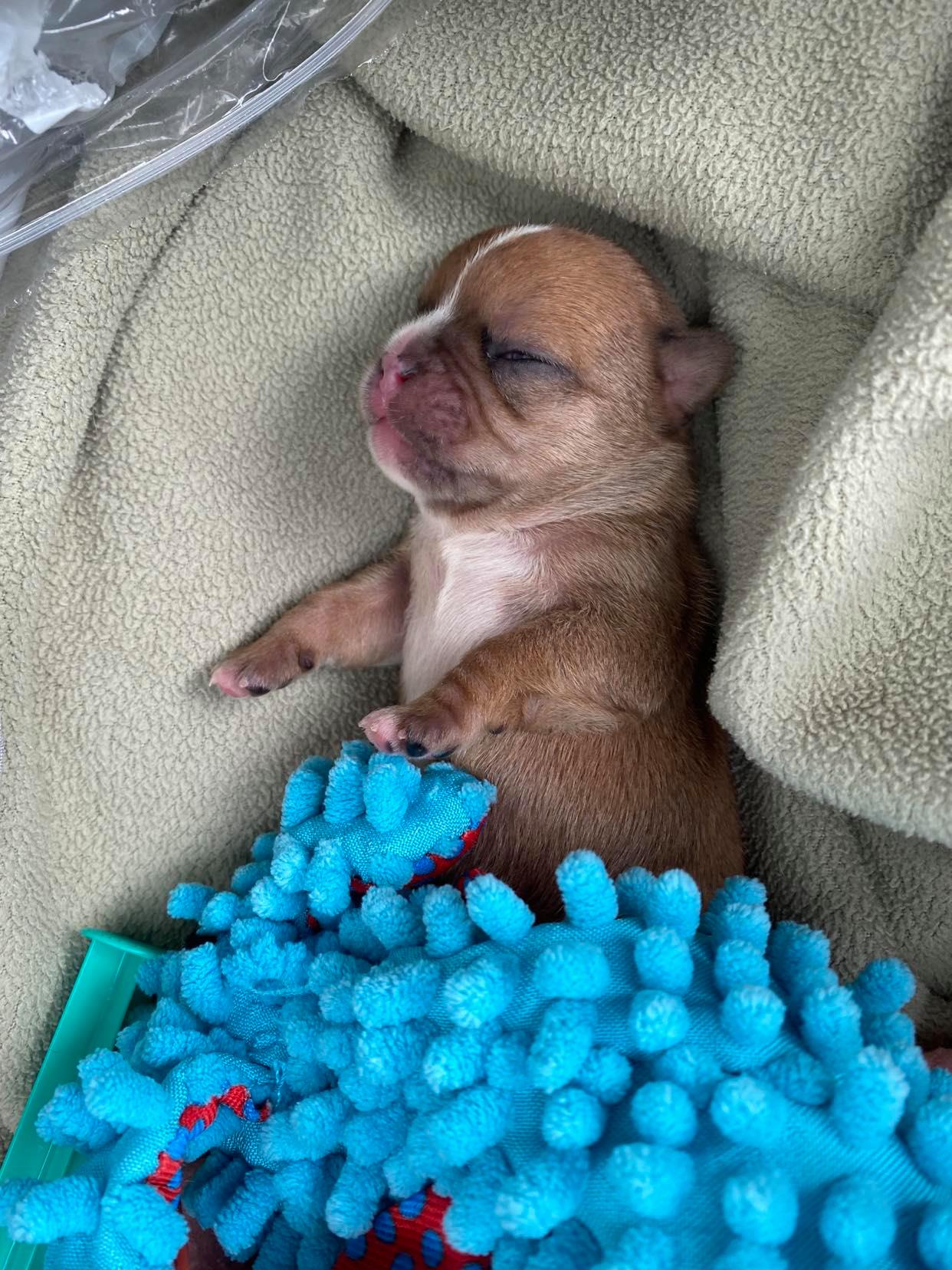 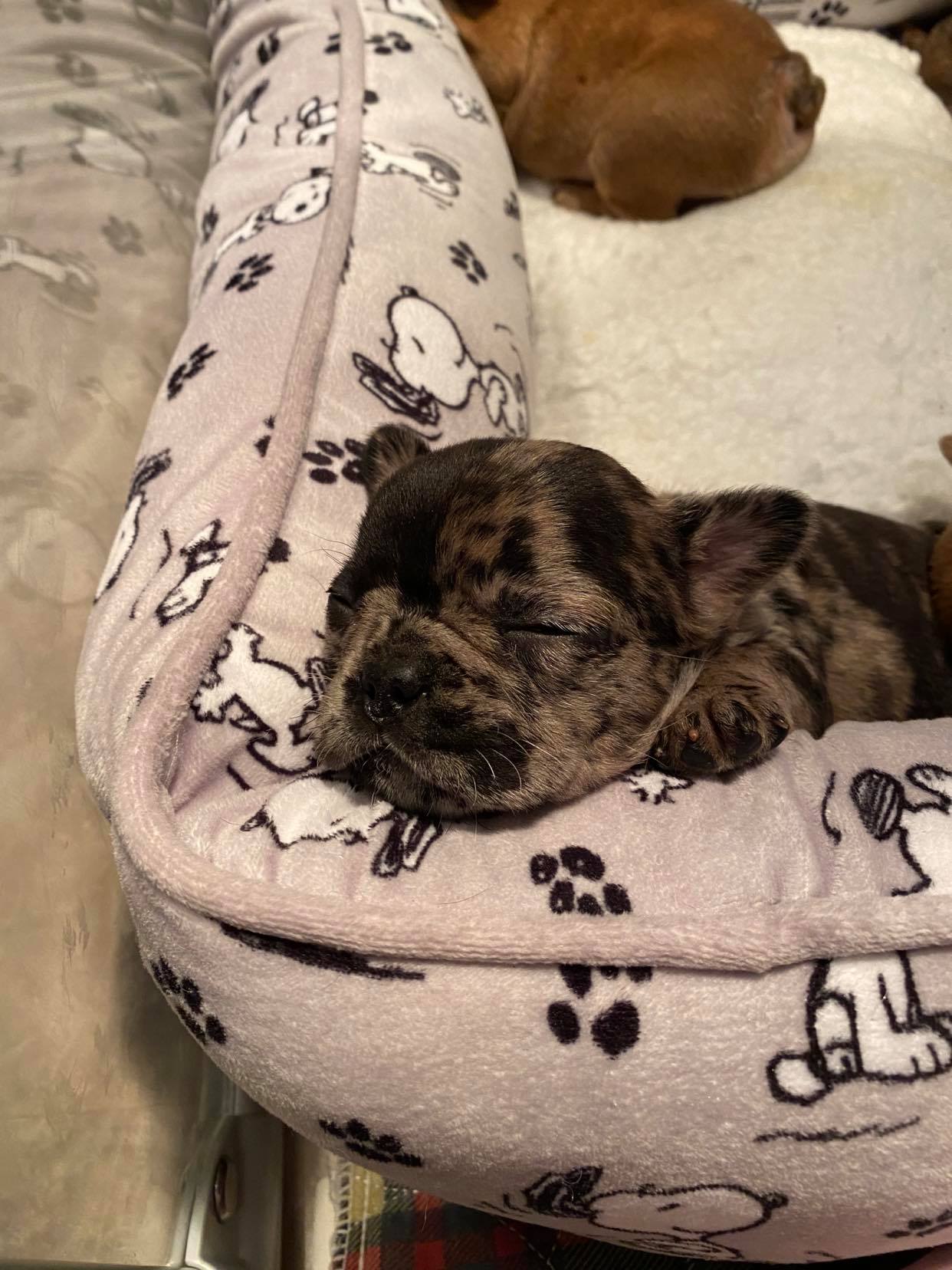